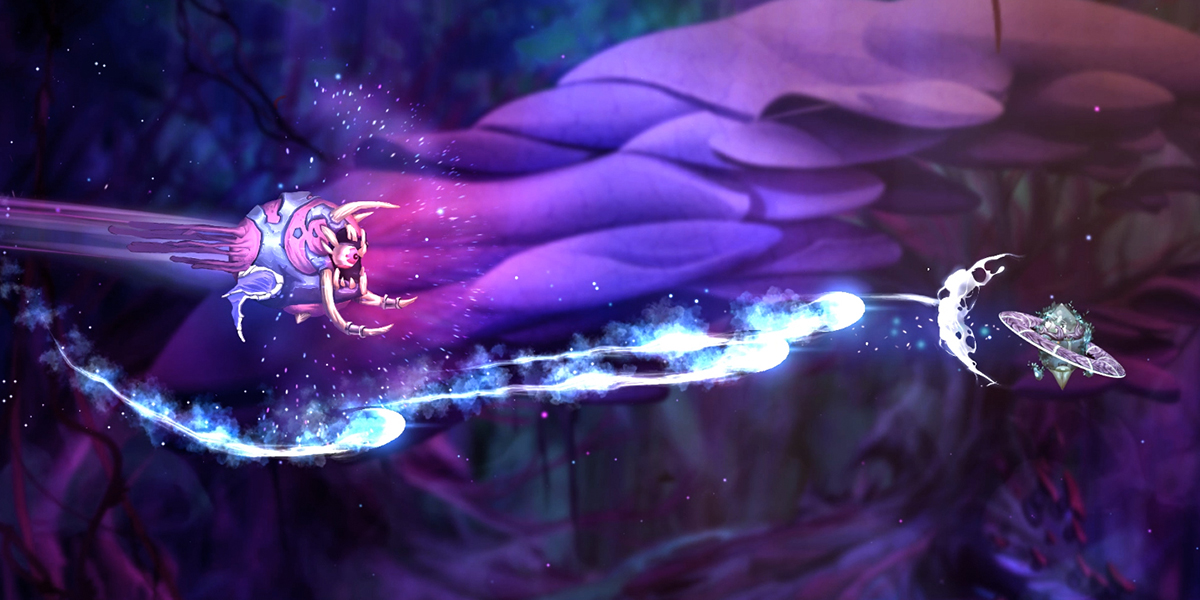 Just like gravity and electromagnetism, Moognetism is a fundamental cosmic force that governs milk particles. As such, it can be used to the advantage of technology and discovery. The Landers have long mastered this force, as is evident from their special “Milk Shield” variation as well as the “Milk Grenades” weapon.

By focusing milk particles in a single small area in front of the Lander’s spaceship, a shield is formed. This shield is almost indestructible, but requires a steady stream of milk to replenish the particles forming it. Landers use it to protect themselves from harsh environmental hazards and creatures without having to harm the local flora and fauna. Some projectiles can even bounce back off the shield instead of being absorbed by it. 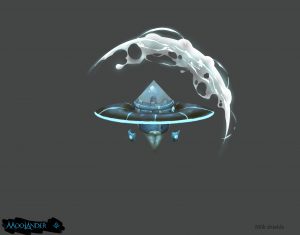 Milk has a very specific critical mass, which achieved leads to a violent reaction, causing it to explode. The milk sages of the Landers know this fact and have devised the so-called “Milk Grenades”.

This weapon doesn’t look like a grenade itself, but rather a compressed super-dense mass of milk being hurled at any direction. After several seconds and upon impact with ground or other biological structure, critical mass is achieved and an explosion follows.

One of the more aggressive weapons, the Milk Grenade is a powerful usage of the milk and should be used carefully and with caution. 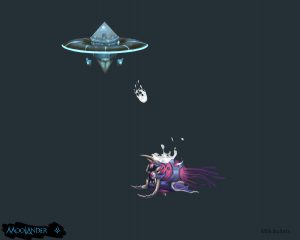